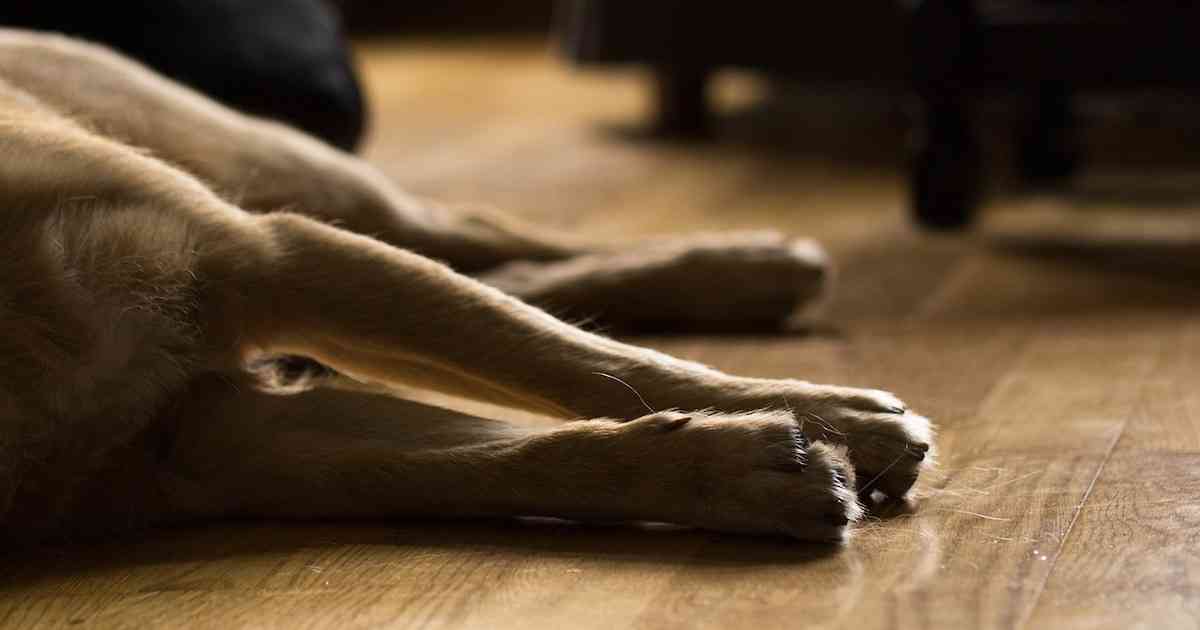 When a dog suddenly falls over or cannot use their back legs, it is usually an emergency. You should travel to a vet.

On the way, take a video if you can. Here are some things to look for:

Cardiac arrest is an extremely uncommon cause, and therefore it is not recommended to try CPR. You will see that most causes either recover by themselves or require treatment that only a vet can give.

Now let’s dive deeper into each of these causes…

Collapse would make people immediately think of the heart, and they’d mostly be right. Any heart disease can cause collapse due to fainting or syncope, which is essentially ‘blacking out’ from a lack of oxygen in the brain.

Cardiac collapse most often occurs after excitement or exercise, and might only last a few seconds each time. In our clinic, the following heart diseases are more likely to cause collapse:

Many causes are treatable. Read more about these in our page on heart diseases.

The most common cause of acute shock is bee sting in dogs.

Low blood volume or anaemia can cause collapse that looks just like cardiac disease. The best clue is very pale, almost white gums. Perhaps the one we see most is rat bait poisoning, which causes internal bleeding. Two autoimmune diseases which have similar signs are platelet deficiency and haemolytic anaemia.

Another common cause of sudden collapse due to internal bleeding is a tumour of the spleen called haemangioma or haemangiosarcoma. It is seen mostly in older large breed dogs. Spleen removal can be curative but an ultrasound exam is best done first to look for tumour spread.

Rapid fluid shifts in the body cause shock, of which by far the most common cause is any severe and sudden gastroenteritis. In these, body fluids go from the blood vessels into the gut faster than they can be replaced and the circulation collapses. The treatment is of course prompt restoration of the fluids via a drip.

Any problems of the airways or lungs can cause collapse due to hypoxia. Here are some of the ones we see more often.

Brachycephalic Obstructive Airway Syndrome or BOAS occurs in dogs with short faces, like Bulldogs and Pugs. When there’s a need to breathe quickly, the soft palate that lies over the larynx in some dogs will block enough airflow to cause collapse. This can be complicated by a narrow trachea (windpipe) and small nasal openings.

If a brachycephalic breed has noisy breathing even when at rest, or gets tired easily, they almost always benefit from airway surgery. Acting proactively can save a life.

Collapsing trachea is a common cause of a honking or harsh dry cough in older small breeds. When they get hot or excited, the airflow through the flattened windpipe sometimes can’t keep up with demand and the dog might collapse for a few seconds. Treatment involves various medication combinations, weight loss, avoiding excitement, and surgery as a last resort.

Laryngeal paralysis is a similar problem mainly seen from middle age in medium and large breeds. Instead of a cough, they have harsh, raspy breathing that gets louder with exercise or temperature. Collapse most commonly occurs in warm conditions, but can be prevented by timely surgery.

Pulmonary hypertension is a rarer disease of the lungs secondary to many problems, such as heartworm, birth defects in the heart and a specific disease of West Highland White terriers. It can also happen when blood clots are formed associated with immune-mediated haemolytic anaemia, protein-losing diseases and Cushing’s disease.

Any poison that affects the nervous system can cause a dog to collapse. In Australia, the most common are:

What about deliberate dog baiting? It’s rare, but does happen. Read more at the link.

Any injury or trauma to the brain or spinal cord can cause collapse. The best example of this is intervertebral disc disease, which is especially common in dogs like Dachshunds.

Seizures can also be a cause of collapse. Usually they’re easy to identify by paddling leg movements, jaw champing and salivation, but sometimes these aren’t obvious. That’s especially true for partial seizures where the dog remains conscious throughout.

A portosystemic shunt is an abnormal blood vessel that sends unprocessed blood from the gut directly to the brain, bypassing the liver. It can cause collapse especially not long after a meal. A shunt would be high on the list in a young adult of a susceptible breed such as the Maltese.

Low blood sugar also causes neurological signs. Collapse in a diabetic dog is most often due to a high insulin dose suppressing blood glucose levels, but we also see it with insulinoma, Addison’s disease and very young puppies not getting adequate nutrition.

The last item on the nervous system list is vestibular disease. This refers to any disorder that affects the balance organs in the inner ear and brain. These dogs have a head tilt, fast flicking in the eyes, and usually can’t stand up. The most common is Idiopathic Vestibular Syndrome, but you can read all the common causes of vestibular disease here.

As a young vet, I didn’t believe it when I first saw simple arthritis cause a dog to collapse. Why would a long-term disease known for slow worsening lead to sudden collapse? Now I understand that these dogs have been putting up with pain until they couldn’t any longer.

We see this mainly in larger breeds, and especially German Shepherds. Often they will be howling or crying and brought in on a stretcher. Good intravenous drugs (especially cortisone) can do wonders to get them up again but they really need long-term pain control to keep them going.

Of course, we should view these dogs as our own failure. To do it right would be to identify and treat their pain before it gets too much.

Let’s finish up with two unusual conditions. Hyperthermia or heat stroke won’t often cause outright collapse, but it can cause an unsteady gait and vacant expression. The clue is that it should happen after prolonged exercise or excitement especially in warm weather.

We see heat stroke most in dogs obsessed by ball-chasing, or overly excitable dogs, but there may also be a genetic influence in some breeds such as Spaniels. For many dogs, the solution is to realise that dogs don’t know when to stop and that you need to regulate their exercise and keep them calm.

Exercise induced collapse is a genetic fault found in Labradors, Border Collies and others. It causes muscle weakness, incoordination and life-threatening collapse after intense exercise. The genetic mutation in Labradors is now understood and screening by many breeders should reduce the incidence.

This list is by no means complete but all the common reasons for collapse should be found here. Diagnosis will require your vet using the history you give them, taking a physical exam and choosing the right tests to confirm their suspicion. Good luck.

4 Replies to “Causes Of Collapse In Dogs”